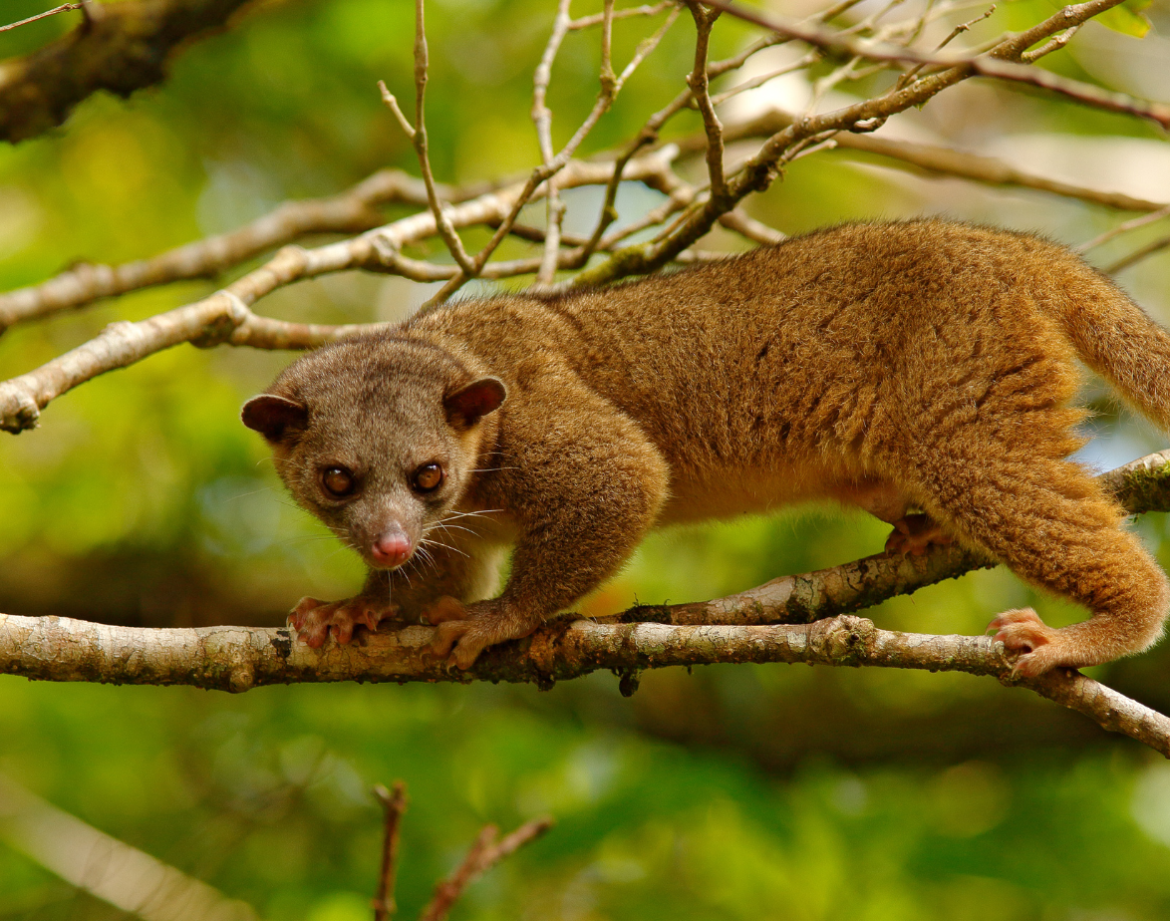 Spotting a Kinkajou in Costa Rica

Published on September 17, 2022 by Management

Costa Rica has no shortage of interesting animals navigating its jungle canopy. You, of course, probably already know about sloths, white-faced monkeys, toucans, and pizotes. But have you met the Kinkajou?

Have You Met The Kinkajou?

The kinkajou is an adorable mix of the best features of monkeys, bears and raccoons, with cat-like grace and agility. In fact, their teddy-bear-like rounded ears and coat the color of honey might be precisely why people call them “Honey Bears” in English.

Similar to a raccoon, kinkajou’s have incredibly nimble fingers with short, sharp claws. They are carnivores with sharp teeth but prefer to dine on tree fruits. They use their long, thick tongues, which can protrude 5-inches, to drink nectar from flowers. Similar to monkey troops, kinkajous sleep with their family and groom each other in the trees. They also use their tails as a fifth limb. Photographers often catch them hanging upside down from their tails, freeing up their hands for peeling and savoring fresh fruits like mangoes and maracuyas.

Because of the Kinkajou’s eclectic mix of features, it’s difficult to tell who their closest relatives are. They are small animals, weighing less than 10 pounds. Despite their similarities to monkeys, like living the tree life and having a prehensile tail, kinkajous are actually more closely related to the pizote or coati in Costa Rica. Unlike their coati cousins, though, kinkajous can rotate their ankles 180 degrees, making backward running or a rapid head-first tree descent easier to accomplish.

Why Don’t We See More Kinkajous?

We see tons of monkeys, sloths and pizotes at our many luxury rental homes. Why don’t we see more Kinkajous?  Kinkajou’s are actually quite common but are strictly nocturnal, only becoming active after dark. Plus they are arboreal, meaning they live only in the trees.  You won’t catch them lazing around in the daytime sun like the sloth you easily spotted from the pool deck. They avoid direct sunlight like a vampire, and spend their days hiding in tree hollows or thick bunches of leaves. The kinkajou’s are going to make you work much harder to log a sighting in your wildlife guidebook.

Like many night animals, the kinkajou’s move quickly through the jungle canopy overhead, jumping and swinging from branches, and are often obscured by the thick leaves and vines. They are most active between 7 p.m. and midnight, and again one hour before dawn. You might spy a streak of honey-colored fur flash by above you if you happen to be out stargazing or night swimming at your villa, but it’s said you’ll hear them before you see them.

Word is they can make quite a ruckus. While they can’t compete with the calls of the Howler Monkeys, Kinkajou’s have been referred to as the “Banshees of the night” by John Kricher, author of  The New Neotropical Companion field guide. His tips for finding animals in the rainforest will increase your odds of seeing a kinkajou in the southern zone, but the truth is if you really want to see this animal you’ll likely need to reserve a night tour deep in the jungle, which is every bit as risky, fun and adventurous as it sounds.

So, if you hear the sound of a banshee, run outside because there’s a chance you’ll be one of the few to spot a kinkajou. In the night, when a flashlight hits their large eyes, they reflect back as green or bright yellow.  But there’s also a chance you’ll be the very first to encounter a banshee in Costa Rica (and we don’t know what color their eyes appear as in the night).

Let us know if you spot, or hear, a kinkajou in the comments below. 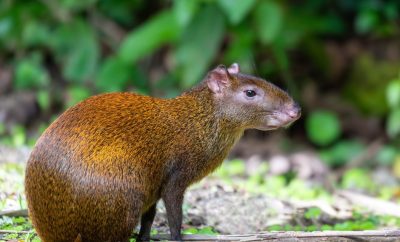 Agoutis here. Agoutis there....
Settle in at one of our luxury rental homes in southern Costa Rica and the chances of spotting agoutis bouncing around the property are pretty ...
Feb 01, 2023 , 0 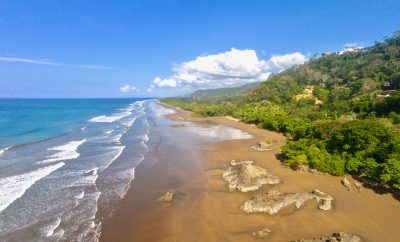 Imagining a Bluebird...
This is what it would be like if you stopped everything you were doing at this very moment and went cruising through Dominical instead. ...
Jan 18, 2023 , 0