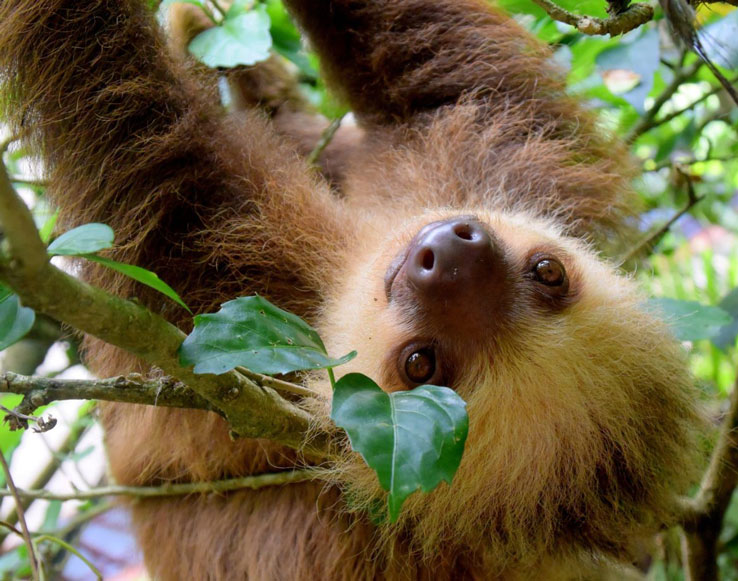 There are countless creatures roaming Costa Rica’s rich jungles. From monkeys to ocelots to tree frogs, the wildlife in this country is simply out of this world.

Ranking near the top of many tourists’ to-see lists are sloths, those slow-moving, tree-based mammals with immense claws, foot-long tongues, matted hair and an insatiable appetite for deep sleep. In many ways, the Costa Rican sloth is uniquely similar to your typical 48-year-old male homosapien.

While we can’t guarantee that you’ll see a sloth at one of our vacation villas, we can definitely confirm that they are out there. A slew of sloths have been spotted at many of our rental properties, during various times of the year.

Although their claws may look menacing, there is little to fear when encountering a sloth in the wild. From the trees, they rarely visit the ground, and when they do it’s usually to go to the bathroom. On land, a three-fingered sloth moves, at maximum, only 6 1/2 feet per minute.

There are Two Types of Sloths in Costa Rica:

Three-fingered sloths are strict herbivores marked with greyish-brown hair, dark faces, white foreheads and raccoon-like bands around the eyes. They typically measure 2 feet from head to tail, with their arms being twice as long as their legs. These sloths operate in the day or at night and can spend more than two consecutive days feeding off a single tree. With nine cervical vertebrae in the neck, three-fingered sloths have an ability to spin their heads nearly 300 degrees. This allows them to identify potential predators from afar without wasting time and energy.

A Day in the Life of a Sloth:

As nocturnal omnivores, two-fingered sloths feed on leaves, flowers, fruits and, in rare recorded instances, insects, lizards and bird eggs. This particular species spends most of its adult life hanging upside down from trees with assistance from its powerful claws.

Without a doubt, sloths are extremely cute and make for magnificent photo opportunities. Here’s more proof: 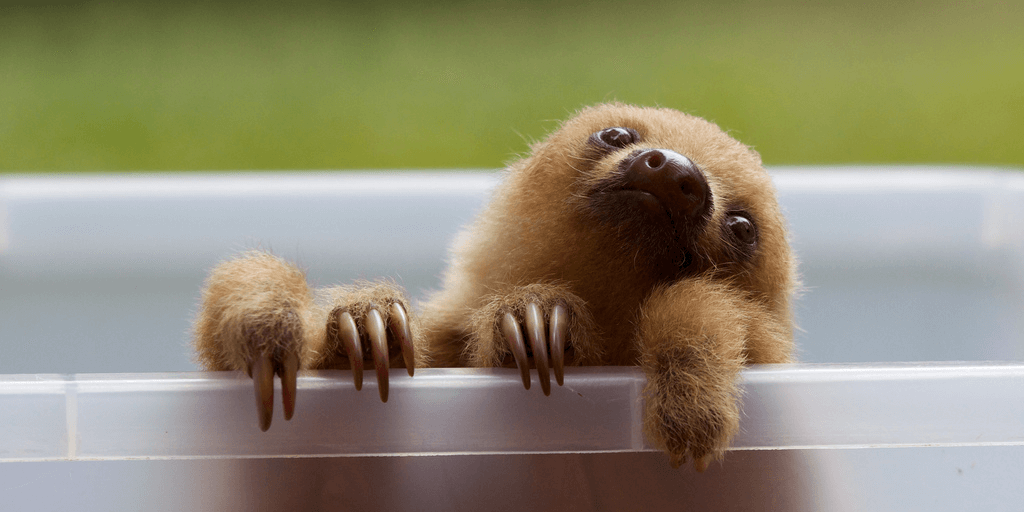 They are also, to put it kindly, unhygienic and somewhat lethargic. Recent studies show sloths average 10 hours of sleep per day or night, with three-fingered sloths sometimes logging 15 hours or more of sleep in a single night (not bad when compared to your housecat, right?). Unlike that housecat, however, sloths support a living habitat for many other less-than-desirable organisms, and a single sloth may host moths, beetles, cockroaches, ticks, ciliates, fungi and algae. But, hey, we all have our flaws, correct?

Sloth Sanctuary of Costa Rica, located about 20 miles south of Limon near the Caribbean coast, rescues, rehabilitates and studies sloths. On a typical day, the facility host more than 150 injured or abandoned sloths. They also offer educational tours of the grounds. Sloth Sanctuary of Costa Rica was featured in Animal Planet’s full-length documentary, Meet the Sloths, in 2013.