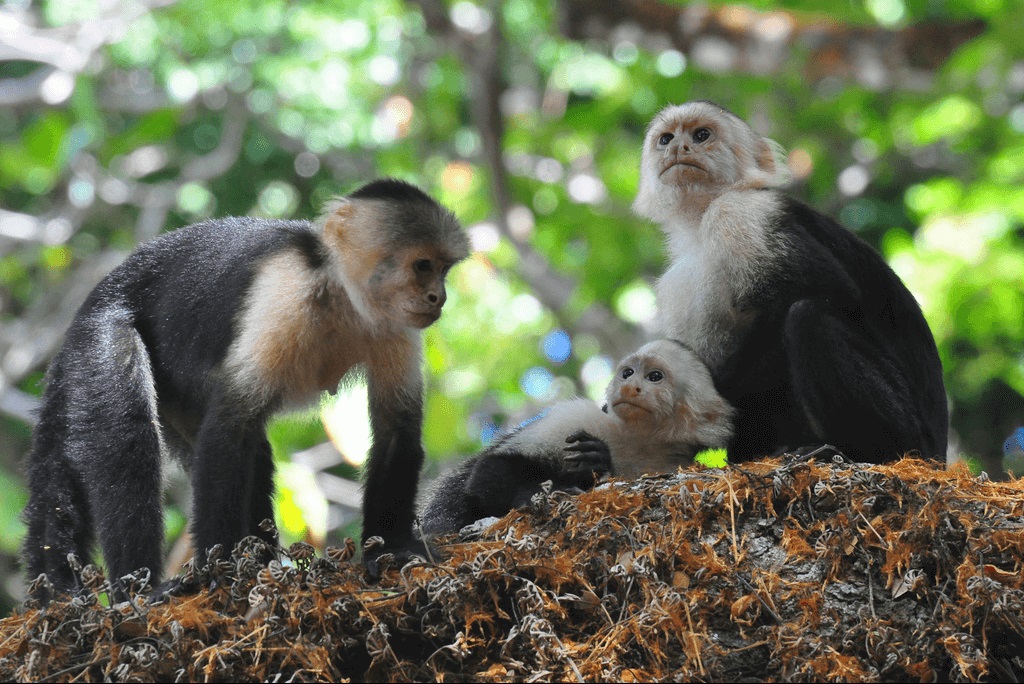 There’s a lot of monkey business going on in Costa Rica, and nobody’s doing anything to stop it! 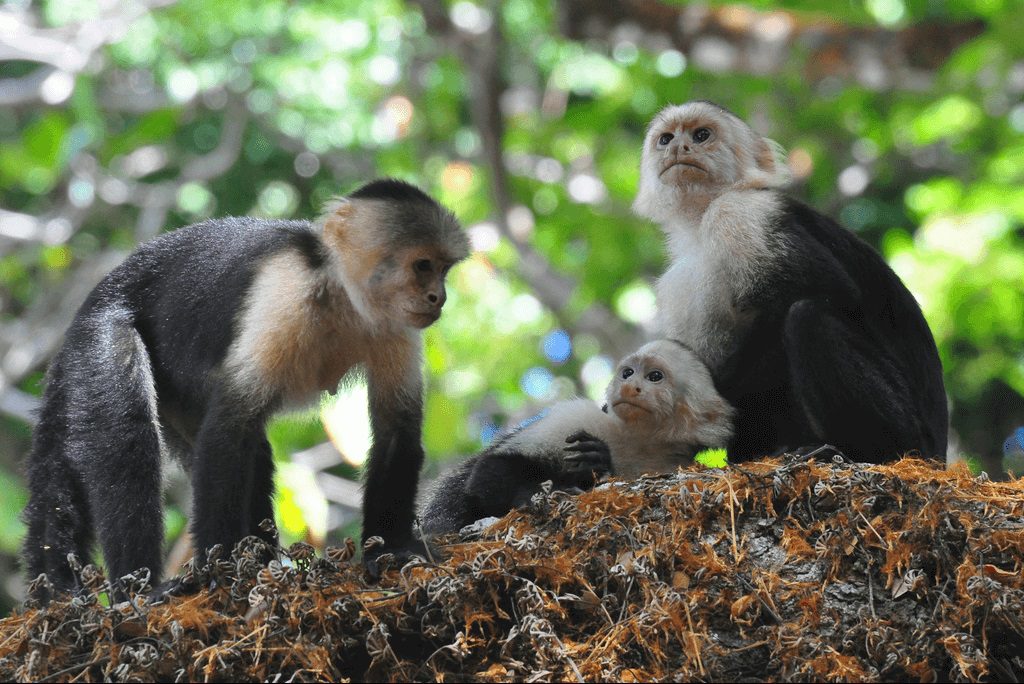 But that’s not necessarily a bad thing.

For most visitors, especially those with young children, spotting wildlife in its natural environment is one of the highlights of visiting this amazing Central American nation. And in Costa Rica, wildlife is everywhere, from the tops of the massive jungle trees to the bottom of the ocean floor – and each crevice in between.

Some of the most famous native creatures include sloths, crocodiles, toucans, butterflies, whales, turtles, frogs, and snakes. But the kings of the jungle – at least through the eyes and lenses of most gleeful tourists – are the local monkeys because they’re cute, cuddly and abundant.

When you check into one of our fabulous rental villas for that well-deserved vacation, there’s an excellent chance you’ll have a group of monkeys as neighbors. Some, like howler monkeys, are sometimes heard and not seen, while others such as white-faced monkeys leap from tree to tree making a ruckus and having fun.

Here’s a quick rundown of the three most popular and accessible monkeys in Costa Rica. These little guys (and girls) are everywhere, so keep your eyes peeled and have your camera within reach, especially early in the mornings when monkeys are particularly active.

Referred to as White-Faced or Capuchin monkeys, these little cuties feature a mostly black body with white fur throughout the chest, shoulder and face areas. The tops of their heads often feature a black spot that looks a bit like a baseball cap with no bill. White-Faced monkeys are as agile as Olympic athletes. They can cover large distances between trees by swinging from branch to branch. Occasionally, although not too often, they’ll travel on the ground, but that usually doesn’t last long. They spend most of the day moving across the jungle eating insects and plants, or pruning each other, in groups of between three and 15 members. Of all the species of local monkeys, White-Face are the ones you’re most likely to see at your rental property or during visits to local beaches and national parks.

Here’s how it works with Howler monkeys: You’ll be in a nice, comfortable bed at your rental home with the sun starting to rise. In the distance, you’ll hear what sounds like a massive ape beating its chest. The sounds – a RUUFF, RUUFF, RUUFF – will get louder and more intense. You’ll think you’re under siege in a Godzilla-like attack on Japan, but in truth, you’ve just experienced your first encounter with a precious little Howler monkey.

Howlers are seen less than White-Faced monkeys, but you will most certainly hear them as their booming voices can travel more than 3 miles through the thick jungle terrain. They use these intense vocal cords mark territories and to communicate with each other over great distances. Howlers typically have black or brown fur and often weigh about 20 pounds as adults. They spend the majority of their lives – about 10 years on average – high in the trees eating fruits and leaves.

Exclusive to southern Costa Rica and Panama, Squirrel monkeys will melt your heart with their multicolor coats and tiny bodies. These little creatures like to travel in larger packs than White-Faced or Howler monkeys, sometimes taking over tall tree branches with 100 members in tow. The average Squirrel monkey is only about 2 feet long, with a tail that stretches another 2 feet or more. Most feature white faces with dark markings around the nose and mouth. But they are easy to identify due to the orange hue on the thick fur of their backs.