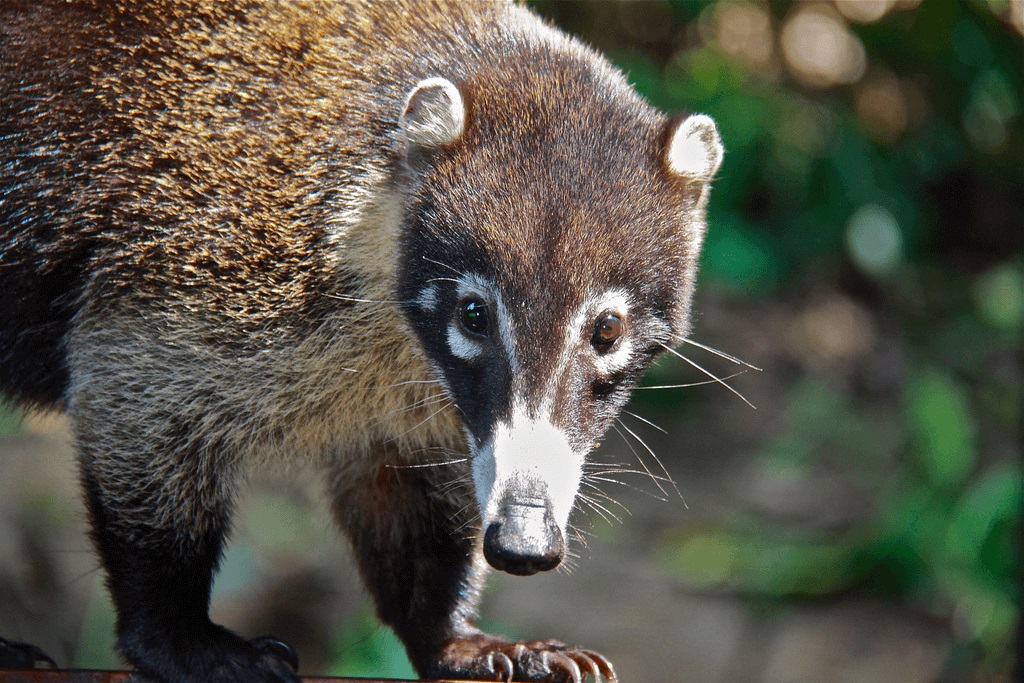 You Might Encounter a Pizote in Dominical, Costa Rica 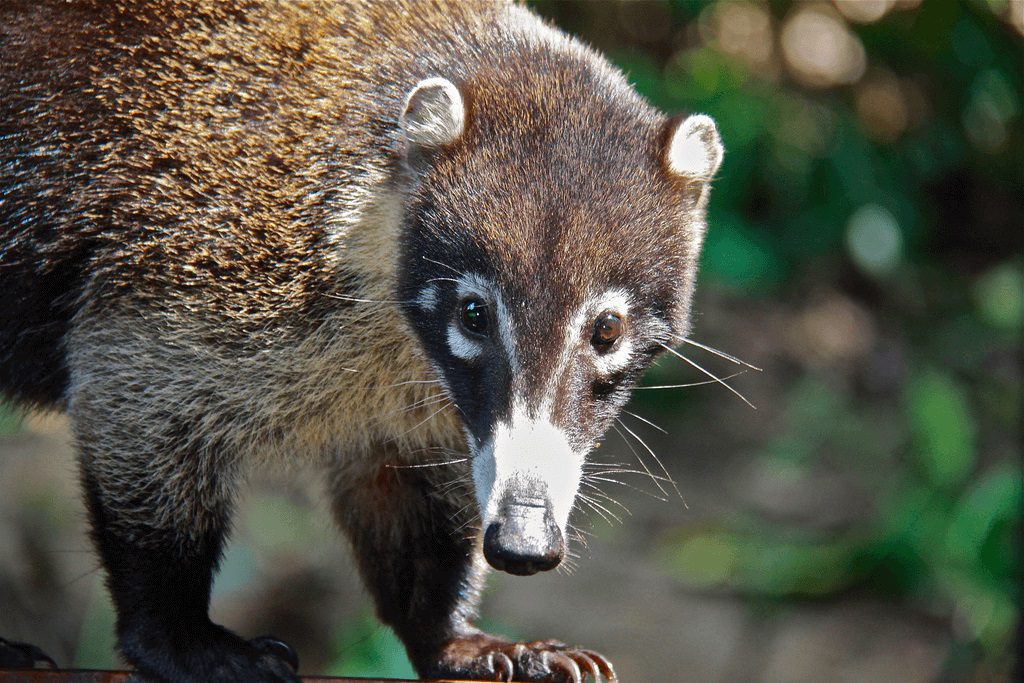 Some people call them pizotes, others refer to them as coatis. Regardless of what label you put on these fuzzy creatures, this member of the raccoon family is prominent in southern Costa Rica, particularly in the rainforests that drape many of our vacation villas.

With long, flexible noses and big, bushy tails, pizotes often look like a combination of an overweight housecat and a raccoon. Most feature white circles around the eyes, nose and upper chest, as well a gray-to-brownish body color.

The body size for an average Costa Rican pizote is between 2 and 3 feet from the nose to the base of its tail. The tail itself can add another foot or two to the pizote’s overall length, making them appear pretty immense to the naked eye. Sometimes, a pizote’s tail will feature tan-and-black stripes along the bottom that form perfect rings. Their claws are pronounced and powerful, and pizotes have double-jointed ankles that allow them to descend trees face first and in a hurry. These are fast, strong, wise animals capable of operating on their own in the wild or within the structure of larger groups.

In our local jungles, it’s not uncommon to see groups of pizotes using dirt roads. Although two to four pizotes in a pack is standard, I actually counted a family of 12 crossing a road near one of our rental properties in the hillside town of Lagunas. Another time, while visiting Hacienda Baru Wildlife Refuge just north of Dominical, I spotted more than 100 pizotes crossing a dirt road. When you do see them, however, it usually doesn’t last long because pizotes tend to scare easily and retreat rapidly into the bush.

As omnivores, pizotes love to snack on the fresh, wild fruits of the Costa Rican rainforest. They also dine of smaller rodents such as spiders, worms, lizards, snails, mice, bird eggs and crocodile eggs. In the wild, the pizote’s most perilous predators are big cats and boa snakes. The average pizote lives to be about 8 years old, although they can last upwards of 15 years in the jungle.

If you’re visiting one of our vacation villas, the most likely scenario for spotting a pizote in the wild is via your car. Chances are, you’ll be driving along with your family toward the rental property and you’ll see a flash or two cross in front of you. It’ll probably look like a white-faced monkey at first, but remember most monkeys rarely reach ground level (they prefer to stay in the trees). The pizote’s tail will likely be sticking straight up, like an antenna, and when it hears your car it’ll be out of there in no time. But there’s a decent chance you’ll see a few, that’s for sure.

Assuming you run into a pizote in the wild – like on a nature hike – just keep a bit of distance and you’ll be fine. It’s recommended that you don’t try and feed them, though, because that can make them somewhat aggressive. You can see pizotes at any point during your trip because they operate during the day and at night.

Wild pizotes, like toucans, sloths, frogs, monkeys and a host of strange reptiles, are just one of the things that make the Dominical area so magical to experience firsthand. In these incredible jungles, you just never know what you’ll come across.