Published on March 1, 2022 by Management

If you’ve made it all the way to the Southern Zone of Costa Rica, to the beautiful pacific coast known as the Osa, you should consider visiting The Museum of the Stone Spheres, just a short drive south of our luxurious vacation villas. Located at the UNESCO World Heritage site, Finca 6, this museum will appeal to amateur archaeologists, history buffs, and all explorers at heart.

The Museum of the Stone Spheres, located at Finca 6, is the first “en situ” archaeological museum of Costa Rica, and it’s less than an hour drive from the Dominical and Uvita area. “En situ”, or on-site, refers to the fact that the artifacts, mysterious stone spheres created between 400 and 1500 AD, have never been moved from their initial location of creation by Borucan Indians.

Word of the mysterious stones began to spread in 1939, when lines of stone spheres were discovered on an old banana plantation known as Finca 6, in Palmar Sur. Finca 6 is the only site retaining stone spheres in linear arrangements and is therefore quite possibly the best place to explore this piece of Costa Rica Pre-Columbian history. Archeologists have posited that the locations of the stones could be related to the equinoxes, solstices and constellations, but it has yet to be proven.

In recent years, the “Festival of the Stone Spheres” (or Festival Esferas Osa in Spanish) has been held in the Osa canton on the day of the year in which it’s possible to watch the alignment of the Sun with several large spheres, in the early morning hours. Whether or not the spheres were created for this reason is hotly debated, nevertheless, hundreds of sun worshipers head to the site each April for this very reason. The mysterious spheres have been heavily researched for decades, but still little is known about their purpose. Most specifically, “What were they used for?” remains a top question to this day.

Visiting The Museum of Stone Spheres

While the museum’s focus is heavily on these mysterious stone spheres and the purpose and meaning they provided for the indigenous who so created them, other sculptures that are easier to study also appear at the museum. These sculptures feature more elaborate details and include the statue of a “peg-base human figure”, a sculpture of a feline animal, and even a ceremonial grinding stone used at the site previously. The museum also hosts additional learning exhibits, the current being Dí˅Crí˅, an exhibit of the development of Pre-Columbian societies of Disquis Delta. Dí˅Crí˅ is a word from the indigenous Boruca language. It means “great water,” and is in reference to the Terraba river.

The history of the Boruca people is fascinating and visiting Finca 6 Museum is a sure way to learn more about this ancient warrior people, who were known for their boat-making skills which they used to navigate the Terraba river. Unfortunately, the increase in banana plantations in the 1930s led to drastic changes in boruca’s daily life.

Most recently, a surge in reclaiming lost traditions and handicraft skills has helped to make the history of the people accessible again, for all to learn and discover. The most popular example of this is the recent resurgence of interest in authentic borucan masks. The masks are coveted for their beauty as art, but also serve as a reminder of one of the most important ceremonies in Boruca, the annual “Dance of the Devils.” The authentic Borucan Mask remains one of the most popular cultural souvenirs sold in the Southern Zone of Costa Rica. Be sure to select one for your home, to serve as a reminder of the magical time spent discovering the mysterious spheres and the Borucan people.

As of early 2022, the museum is open Tuesday – Friday from 8am – 2pm. The entry fee is $7, and free for children under 12. For more information and to confirm hours of operation visit the museum website here: http://diquis.go.cr/ 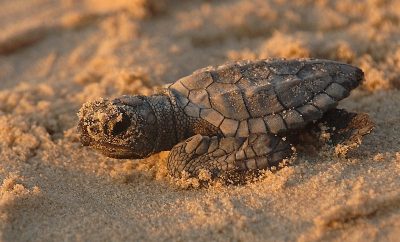 Turtle Hatchlings to...
If you’re visiting Costa Rica, keep your eyes open because magic, and turtle hatching, tends to happen when you least expect it. ...
Nov 22, 2022 , 0 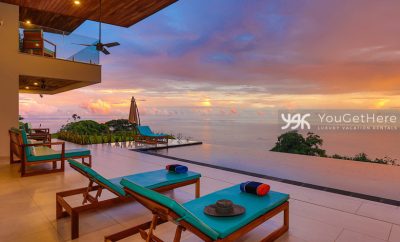 6 Tips for Choosing Your Per...
Whether you’ve stayed with YouGetHere Property Management before, or are just looking at our villas for the first time, here are a few highlights from ...
Aug 01, 2022 , 0