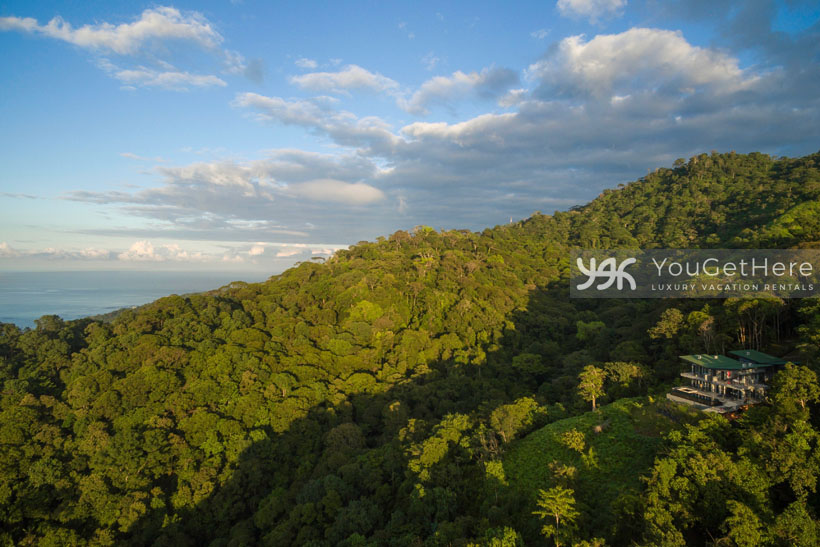 Published on August 2, 2021 by Management

Flights to Costa Rica are as plentiful as pineapples these days.

During the first half of 2021, Costa Rica’s Tourism Board reported that half a million visitors flew into this beautiful Central American country. With the whole world looking for an escape to paradise, it’s no wonder that a decent amount of new flight routes are now available to Costa Rica.

Some of the folks who’ve visited our vacation villas in the past year purchased nonstop flights that served fresh fruit and cheese platters or even waived extra surfboard bag fees. Other travelers suffered through longer layovers, paid hundreds to check their surfboards, and had to use the call button to get a cup of water.

To help cut through the good and not-so-good of airline travel to the tropics, here’s a breakdown of which new routes look best:

It’s been an easy time to reserve nonstop flights from the Sunshine State. As one of the most popular routes, business is booming for Americans, Avianca, Frontier, JetBlue, and Spirit, all of whom offer direct flights to Costa Rica from Florida.

Jumping ahead of the pack, United began offering direct flights from both San Francisco (SFO) and Los Angeles (LAX) in January 2021. In a recent press release, United said it is preparing for the upcoming winter holidays by increasing service to warm-weather locations, including Costa Rica. If you are flying from California to Costa Rica for a surf trip, United is your best bet with their enticing “Surfboards fly FREE to/from California” offer.

Avianca has added a route from Ontario, California (ONT) to San Jose (SJO) (via El Salvador (SAN). This will make for a shorter trip for those traveling from East Los Angeles. Most reviews of the SAN airport are pretty average, so adjust your expectations accordingly. But the layover is short and the airport is easy to navigate.

A flyer’s favorite, Alaska Airlines, was one of the first to offer real food again since the beginning of the pandemic. Nothing has changed with their routes to Costa Rica, but if enjoying an alcoholic beverage or a gourmet cheese platter is important to you, check out these options to Liberia or San Jose. Alaska is a Surfboard-Friendly Airline, so your board bag will be treated just as “a regular piece of luggage.”

Iberojet in Spain just launched a new nonstop flight from Madrid (MAD) to San Jose, Costa Rica (SJO) that will have visitors here in just under 11 hours. Though the route is seasonal, it will be available twice a week beginning summer of 2021, on Tuesdays and Saturdays.

Netherlands’ main carrier, KLM, has recently extended flights to both San Jose and Liberia. Previously categorized as winter-only destinations, Amsterdam (AMS) to San Jose, Costa Rica (SJO), and Amsterdam (AMS) to Liberia, Costa Rica (LIR) have been added to the summer schedule in 2021. Weekly flights are on Tuesdays, Thursdays, and Saturdays. KLM is the top-ranked airline in the Netherlands, according to Kayak.com, and board bags fly free in lieu of a suitcase.

While most of our clients fly into San Jose (SJO) and drive to the southern Pacific zone, some choose to start in the northern region of Guanacaste and make their way down while exploring the country.

For those heading to Liberia first, here are several new flight routes:

Starting in November, Frontier will launch its new route between Orlando (MCO) and Liberia, Costa Rica (LIR), as well as a second new service out of Miami. Customers may love the route options, but not the carrier. According to The Points Guy, Frontier came in second to last for offering a subpar entertainment experience (no outlets or WiFi), as well as its high rate of flight cancellations. If you can handle the boredom on board, the convenience of taking off from Orlando may be worth it.

There are a lot of choices between Costa Rica and Dallas, Houston (IAH and HOU), and Austin (AUS). Fall of 2021 brings Costa Rica’s first nonstop connection to Austin with an American Airlines flight scheduled four times weekly between Austin and Liberia, Guanacaste Costa Rica (LIR). Dallas Airport holds the record so far in 2021 for delays and cancelations, so a switch to Austin may be just the ticket!

Southwest offers a number of routes to Liberia and San Jose airports. Southwest scored highest in customer service in 2021 and lowest in fees charged. While you may save on some of the common airline fees, surfers beware — surfboards are a steep $75 each way.

As you prepare to make your way to Costa Rica in the coming months, airline options are abundant and the local community eagerly awaits your arrival with open arms. Safe travels, and Pura Vida! 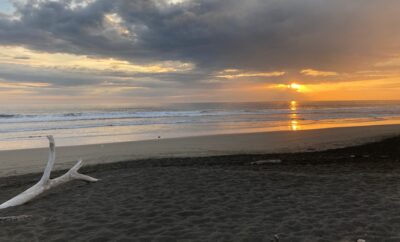 Driving from San Jose Airpor...
Here are the top stops on your drive from SJO Airport to your YouGetHere Vacation Villa. ...
Feb 17, 2022 , 0 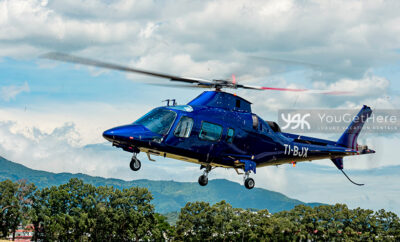 Private Charter Flights in C...
Take your tropical vacation to even greater heights with the premier helicopter and private charter flights in Costa Rica. For guests seeking a first-class travel ...
Sep 15, 2021 , 0